ALWAYS BEGINS BENEATH YOUR FEET. WHERE YOU STAND RIGHT NOW IS WHERE YOUR JOURNEY BEGINS"

Welcome to a new, improved chapter of your life,  the first step to becoming the best version of yourself.  If you are on this site, it’s probably because you are currently in a challenging situation -- one that you are willing to work on and overcome with the right coaching and guidance. Bindiya believes that the rapport between a client and therapist is what hugely determines the success of any therapeutic intervention. So here's her story, to help you know her better, and then decide if her journey and work resonates with you. If yes, then do connect and take it forward.

Bindiya Murgai is a Counsellor, Mental Fitness. Mindfulness and Digital Wellness Coach, and Speaker. Her purpose is to help you resolve and overcome your inner and outer conflicts and challenges. In order to do this, She uses one, or a combination of therapies and techniques, depending on your unique requirements. These include Neuro-Linguistic Programming (NLP), Life & Business Coaching, Counselling, Guided Meditation, Past Life Regression, Hypnosis and Sound Therapy.  The therapies engage your conscious and subconscious mind and enable realistic, practical and long-lasting solutions to your challenges.  Meditation and mindfulness are often integrated to further promote mental wellness, emotional equilibrium, and to manage stress. Bindiya is not a psychiatrist and there will never be any use or prescription of medication in any of her sessions.

Apart from her personal practice, Bindiya is deeply passionate about mental health in India and has been creating awareness about mental and inner wellness (including depression, anxiety, stress), emotional hygiene, improving mental fitness, digital overload and the impact of technology on our emotional wellbeing. She does this through her talks, webinars and workshops with various groups, institutions and educational establishments. She addresses a range of audiences that include students, educationalists, working people, women’s groups and senior citizens.

Bindiya's work in the field of Mental Health and Inner Wellness recently earned her the prestigious honour of the Karmaveer Chakra and the Karmaveer Jyoti Puruskaar, both constituted by the United Nations and the International Confederation of NGOs (iCongo).

Her spiritual journey started early, but unknowingly. Spiritual books piqued her curiosity and verses often adorned her walls.  She had a very heightened sense of intuition and was quick to pick up on people's problems and energies, and often volunteered with NGOs, including those run by her parents for Animal Crusades and Cancer Aid.  By the age of 16, she was associated closely with the Blind School and Cheshire Home in New Delhi. The latter involved working in very intense circumstances with abandoned and terminally ill children and seniors, and much time was spent in informal counselling sessions.

These experiences led to further exploration & introspection that took her to Bhutan, Ladakh, Spiti, Dharamsala and various places, which were steeped in Buddhism and spirituality in the Himalayas. She spent time in faraway Buddhist monasteries and caves in Spiti, at close quarters with Buddhist lamas and chomos (nuns), imbibing and collaborating on mindfulness, meditative practices and inner work. Learning the art of awareness, introspection, forgiveness, compassion and raising the consciousness, were the milestones from where her journey started gaining momentum. Further, time in Moksha Bhavans (hostels where old people come to await their death and attain freedom from rebirth) and Mukti Bhavans (where people on the verge of dying come to breathe their last), burning ghats, and the life around the River Ganga and Varanasi, on the whole, gave her a profound understanding of life.

Parallel to these experiences, she started pursuing a career in filmmaking and that lead to setting up her own media company, creating documentaries and shows for Discovery Channel, National Geographic, BBC and Star TV. As acclaim and success flowed, so did the need to highlight the human condition through the medium of storytelling.  Soon, she began using the audio-visual medium to create a positive impact on marginalized communities, rural India and women . Be it tribals, rural education, development, health or crumbling monasteries, her work took her to the deep interiors of India, where there was learning in every corner. “Monk from Komik” was one of the documentary projects that created a huge impact in preserving and bringing an ancient, forgotten monastery and its culture to the fore. Bindiya then deployed digital filmmaking as a tool to teach children self-expression as a means to voice their opinions and concerns. This went into the Limca Book Of Records and later developed into a specialized programme for self-development, counselling, communication and confidence building.

Over the course of time, Bindiya's interactions with people across rural and urban India, combined with some mammoth personal trials, made her realize the desperate need for counselling and alternate mental health solutions. It was time for a full plunge into the realm of various therapies and she began by training and starting her practice, almost a decade and a half ago.

Bindiya travelled to the United Kingdom to study Neuro-Linguistic Programming, Life and Business Coaching from the NLP Academy. Prior to that, she studied counselling and then Hypnosis at the California Institute of Hypnosis. Alongside, she continued her sojourn into meditation that encompassed silent cave meditation retreats, traditional Buddhist / Tibetan meditation traditions, and even the radically different Dynamic Meditation at the Osho Ashram. To better understand the inner workings of the subconscious, she further deepened her knowledge by studying Past Life Regression & Therapy, Deep Healing and Karmic Relationships with one of the pioneers in the field, Dr Hans W. TenDam from the Tasso Instituut, Netherlands.  Later, she studied Mindfulness with Leiden University, Netherlands.

Over the years, she became greatly interested in vibration and sound-based healing systems and their impact on our body and mind. This lead to the development of a unique set of therapies that revolve around healing sounds.

For several years, a large part of Bindiya's practice was based out of New Delhi (India). She then founded Blue Mango Retreats (earlier called Blue Mango in the Himalayas), which are nomadic meditation, spiritual and inner rejuvenation retreats, conducted in different parts of India & Bhutan. These have been featured in several publications and also made it to the Top 10 Spiritual Retreats in Asia Spa Magazine. Her columns on wellness are featured in various publications, leading dailies and magazines such as The Times of India, Hindustan Times, India Today, Telegraph, Dainik Jagaran, Speaking Tree, Pioneer, Asian Age, Namaskar, Exotica, Atelier and Platform. She is also featured as an expert in several publications and online platforms.

Bindiya now lives and practices out of a beautiful organic farming village in the Nilgiris, in Tamil Nadu (India), which is very close to popular hill stations, Ooty and Coonoor. It is here, in these therapeutic and gentle environs, that she conducts customised retreats and intensive sessions for individuals, couples, families and groups to address their issues, overcome their challenges and heal their lives. She conducts several webinars and hourly sessions in-person, and via online video platforms such as Skype/ FaceTime.

Apart from that, Bindiya travels to conducts workshops and give talks across the country to promote awareness on a range of mental and digital wellness issues. In the summer, she reserves some time for her travels and work in Spiti Valley in the Himalayas, where she works with the monasteries and locals, and also conduct retreats.

Please don't hesitate to contact Bindiya if you have any questions, be it regarding personal sessions, retreats, workshops, webinars or talks.

Twinkl asked me, "What more can be done to increase mental health awareness?"

How Lighting Impacts Our Physical and Mental Health

Be present. Not perfect.

Are you a Covidiot?

Day of Silence for everyone's right to love

Smartphones and Social Media and should come with a Statutory Warning

A Woman's Guide to a Lifetime of Body Insecurities

What is intuition and how to use it in daily life

100 Rules of Happiness by Bindiya Murgai 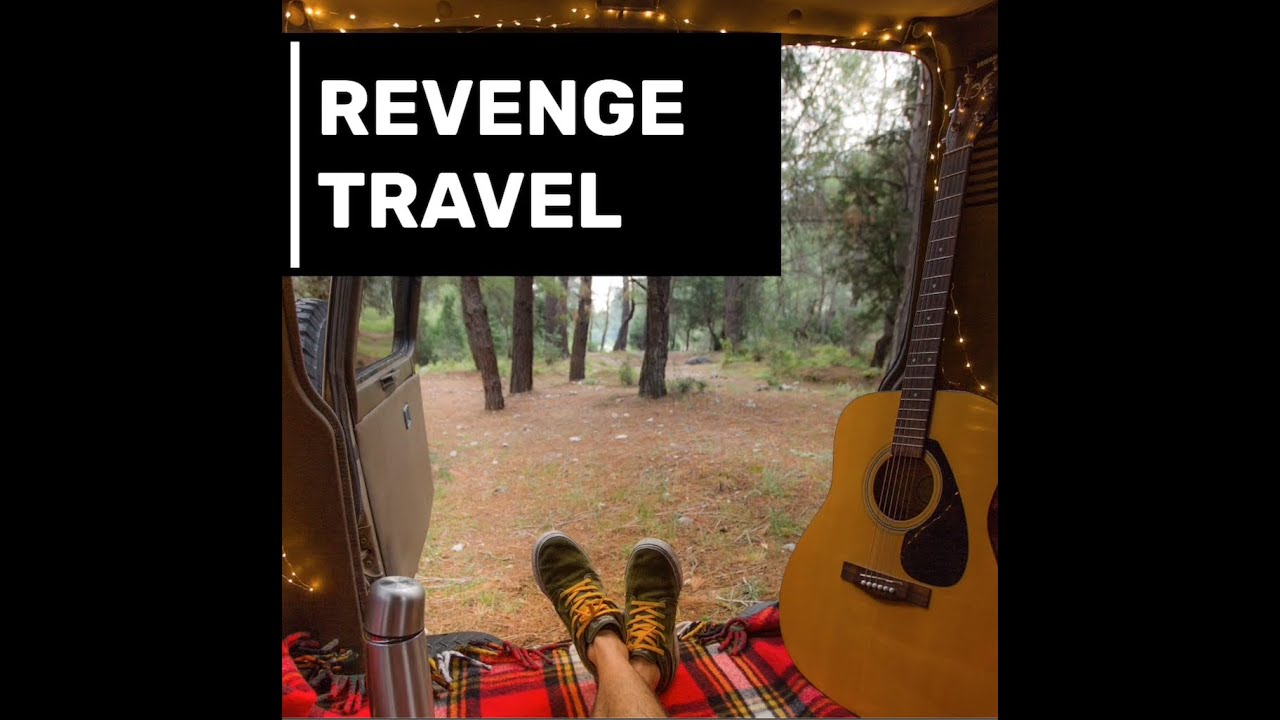 What does freedom mean to you?

Life during the pandemic: Memories, dreams and hope

"Real Men" are not afraid to talk about their mental health

How to find digital balance during the pandemic. For students, educators and parents.

Every Farmer is an Alchemist

Emotional Hygiene Workshops: An Essential Tool to Navigate the New Normal and the Pandemic

The Significance Of Dusk

Reprogramming the mind to deal with stress and depression

What are Buddhist Prayer Wheels?

Full Moon, Buddhism and the moon’s impact on us

Let’s talk about what’s going on in your mind

How to manage stress, anxiety & depression in the times of COVID-19

How to manage stress, anxiety & depression in the times of COVID-19

How to manage stress, anxiety & depression in the times of Covid-19

How to manage stress, anxiety and depression in the times of Covid-19

How to manage stress, anxiety and depression in the time of Covid-19

Managing stress, anxiety and depression in the time of Covid-19

How to reduce stress, anxiety and depression in the times of Covid-19

How to Spot Fake News